This website focuses on both the ancient and modern pagan religion of the Germanic tribes that invaded what is now England around 400 CE.  It is related to the religion that produced the Old Norse myths retold in the Prose and Poetic Eddas.  Today this religious movement is known as Heathenry.

Ésatréow or Anglo-Saxon Heathenry generally consists of four main categories: the Theodish (Þéodisc Geléafa), the Geferræden Fyrnsida (GFS), Saxon paganism, and a catch-all group of everyone else. Some groups are tribal in nature with members bound together by oaths while others are not tribal and may require no oaths at all.

All of Heathenry involves more than just worshipping the ancient Gods of our ancestors though. It also encompasses the veneration and worship of one’s ancestors and involves showing respect towards the natural spiritual beings or wights around us. Thus, both one’s family and one’s interconnectivity with the natural world and the turning of the seasons are central concepts within Heathenry.

Heathenry is also a community-based religion that begins with what we call the nuclear and extended family; in ancient times it also expanded outward to include one’s clan and tribe. Today we consciously form contemporary groups whether they are called hæðengylds, hearths, theods, inhírdas, cynn or kindreds, and so forth in an attempt to cultivate a similar sense of community.*

So if the call of the old Gods resounds within your soul, if the voices of the wihta (wights) resonate within your heart, if the whispers of your ancestors echo within your blood, then you have come to the right place. Wilcuma! 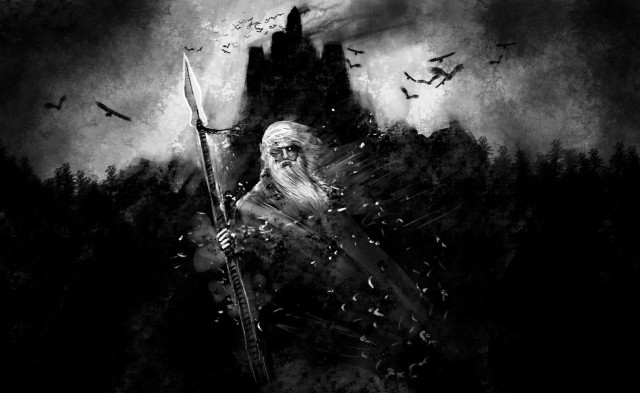 * Part of this introduction was originally written by me as an introductory page during an unsuccessful attempt at restarting the Angelseaxisce Ealdriht. The second paragraph is a slight rewording of info off of the original Ealdriht website.